European gas production is set to fall from 252 to 150 bcma across 2017-2030, reducing supply flexibility & seasonality of production flows.

Europe faces a structural decline in domestic gas production.  Domestic output (excluding Russia) is set to decline from 252 bcma in 2017 to 150 bcma by 2030.

In this week’s article we consider the scale of lost domestic production flexibility.  Then in our next article we look at how changes in Russian export strategy and flow routes are also impacting supply flexibility.

Three main sources of domestic production have historically provided substantial seasonal flexibility to the European gas market.  But maturing production, ageing assets and falling upstream capex investment are reducing both the level and seasonality of flows.

Prior to 2013, the Netherlands historically provided a seasonal swing of 6-7 bcm of monthly output from highest winter month to lowest summer month as illustrated in the top panel of Chart 1.  That will fall to less than 1 bcm swing under the new cap. 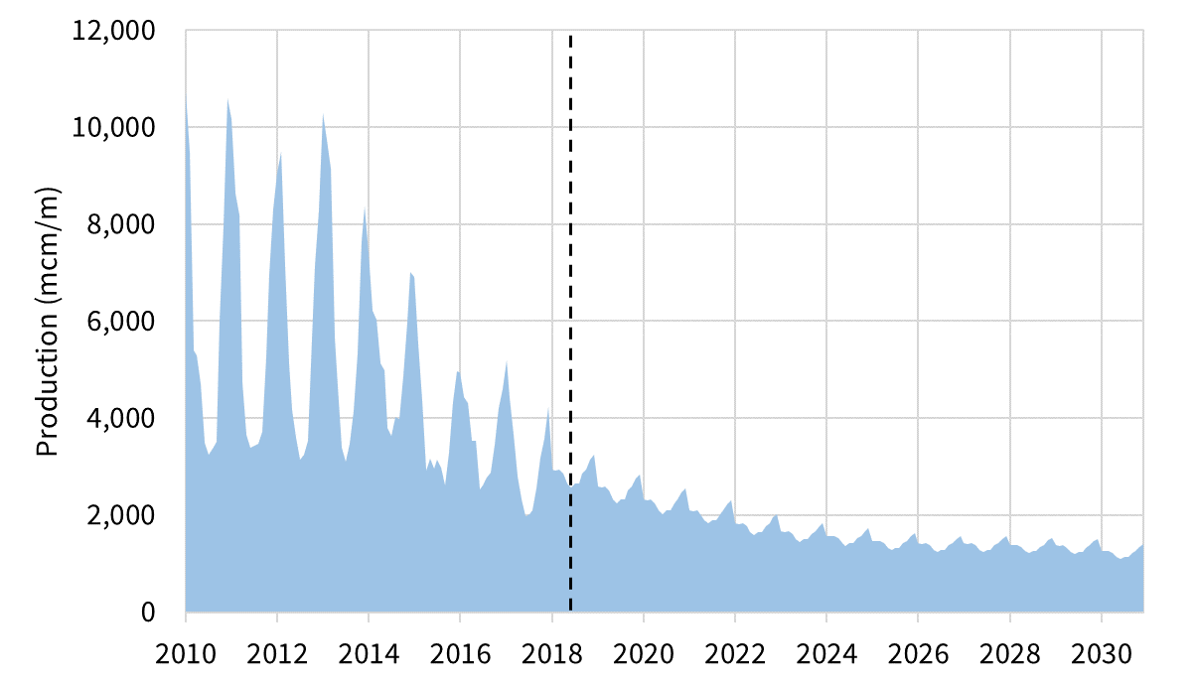 Norwegian production has plateaued and is set to steadily decline next decade.  Norway provides 3-4 bcm peak winter to trough summer month swing.  This is likely to fall to under 2bcm later next decade as can be seen in Chart 2. 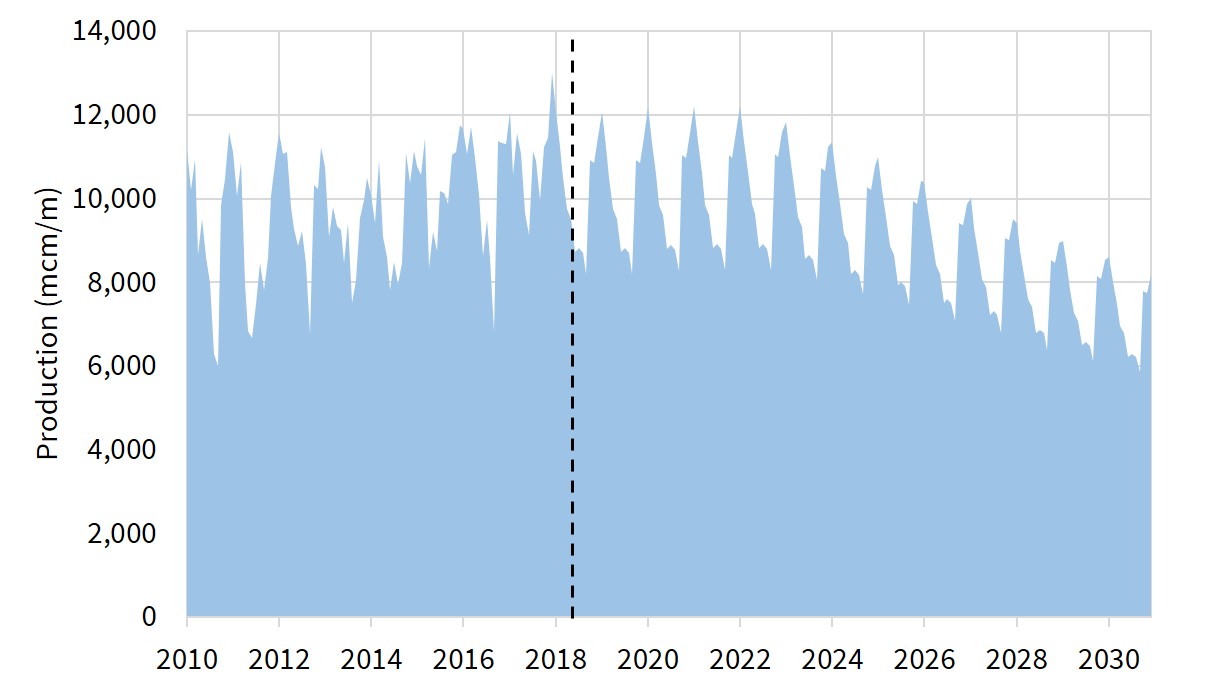 Norwegian seasonal flexibility has played a key role in ‘backfilling’ the loss of Rough storage in the UK.  That has reduced seasonal profile of flows to the Continent.

As well as seasonal flex, Norway provides important daily deliverability flexibility, particularly into the UK gas market.  Recent declines in Norwegian upstream capex spend rates are set to impact provison of flexibility over the next 5 years. Reduced performance from the large Troll field could significantly curtail Norway’s supply flexibility in the 2020s.

The UK has historically been Europe’s third key domestic producer.  However UK production declines over the last 15 years have already substantially reduced supply flexibility. The UK peak to trough monthly swing is less than 1 bcm and will decline further with production next decade.

This pattern is also true across other European domestic production (e.g. in Germany, Italy, Poland & Romania) which has a relatively flat profile.

The upshot of declining domestic supply flex is that Europe is rapidly becoming more dependent on imported flexibility.  That leads us to look at Russian supply flexibility in or next article.  But we will be taking a one week break over Easter first.