The recent recovery in European gas demand is being driven by the switching of CCGTs for coal plants. This is also supporting hub price levels & gas volatility.

In early 2016, the idea of a significant recovery in CCGT load factors at the expense of coal plants was treated with a degree of scepticism. CCGT load factors had been in decline for 5 years, driven by a combination of weak coal prices and increasing renewable output. Market consensus was firmly of the view that these trends would continue.

We started writing about the potential for significant volumes of gas for coal switching early last year. We then followed in Q2 2016 with a numerical analysis of potential switching volumes based on changes in gas and coal prices. By the end of 2016 the empirical evidence for switching was clear.

In today’s article we look at where switching took place in 2016. We also look at the impact of switching in:

Switching becomes a reality in 2016

Shifting relative fuel prices were the primary driving force behind power sector switching in 2016. European gas hub prices fell in Q1 and remained relatively weak through until Q4. Coal prices on the other hand commenced a sharp rally in Q1, roughly doubling by Q4.

Chart 1 gives a sense of the aggregate pan-European switching of gas for coal plant across 2016. 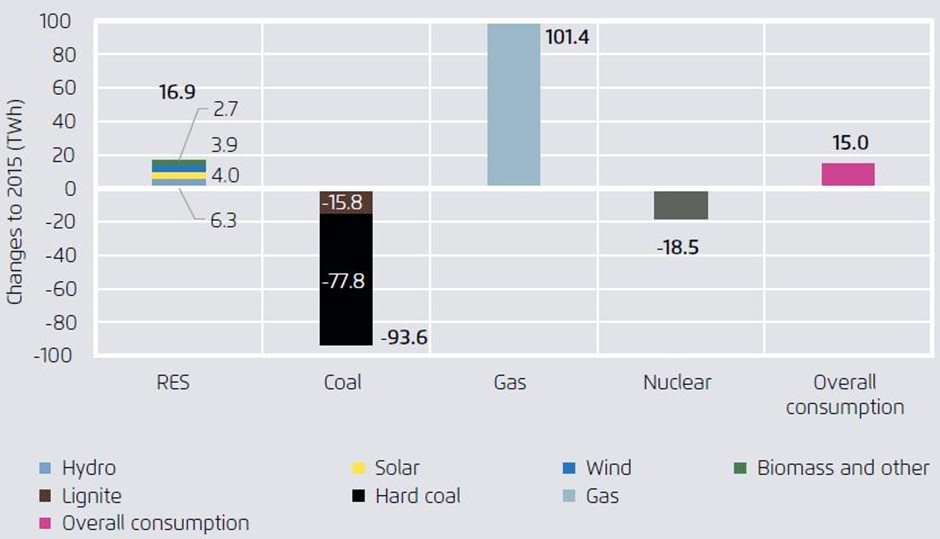 Chart 1 has been produced using data from a study conducted by Sandbag and Agora Energiewende. The data set covers estimated annual changes in generation output by fuel type and country in 2016 relative to 2015.

In Chart 2 we have used this data to generate a breakdown of estimated volumes of additional power sector gas burn.

The UK accounted for an estimated 43% of the 20 bcma of power sector demand recovery in 2016. This is principally a result of the UK carbon price floor (lifting generator carbon costs 18 £/t above the EU ETS price). The 2016 decline in gas prices relative to coal prices, in combination with the carbon price floor, crushed UK coal plant generation margins. Coal plants were driven out of merit and relegated to providing peaking backup, with CCGTs stepping in to fill the gap.

Germany was the second largest contributor. This was driven by the size of the German power market and the scale of switching potential given the dominance of thermal capacity. German spark spreads swung into positive territory over the summer as gas prices fell. They then remained supported over the second half of the year by surging coal prices.

The increase in power sector gas demand in France was more to do with the Q4 2016 nuclear outages than switching. Relatively low installed coal capacity in France limits switching potential. But CCGTs ran at relatively high load factors over the second half of the year to make up capacity shortfalls.

The Italian and Dutch markets were in fourth and fifth place, no surprise given the importance of CCGTs in the supply stack. Greece, Ireland and Portugal were the biggest contributors in the ‘Other EU 28’ category in the chart.

The power sector accounted for an estimated 20 bcma (74%) of that recovery, putting the importance of gas for coal switching in context. The French nuclear outages and cold weather in Q4 were the main drivers of the remainder of the recovery.

Switching was the transmission mechanism that allowed the 2016 coal price rally to feed through into gas prices. As coal prices rose, coal plant were displaced from power market merit orders to the benefit of CCGTs. The additional gas demand ensured gas hub prices ended 2016 substantially higher than they would have done if it had not been for the doubling of coal prices.

Another more subtle impact of the 2016 recovery in CCGT load factors is the associated support for spot gas price volatility. CCGTs are the transmission mechanism for the impact of intermittency from the power sector into gas market volatility. In other words, swings in generation output from intermittent renewable generation, translate into swings in CCGT load factors and hence fluctuations in power sector gas demand. 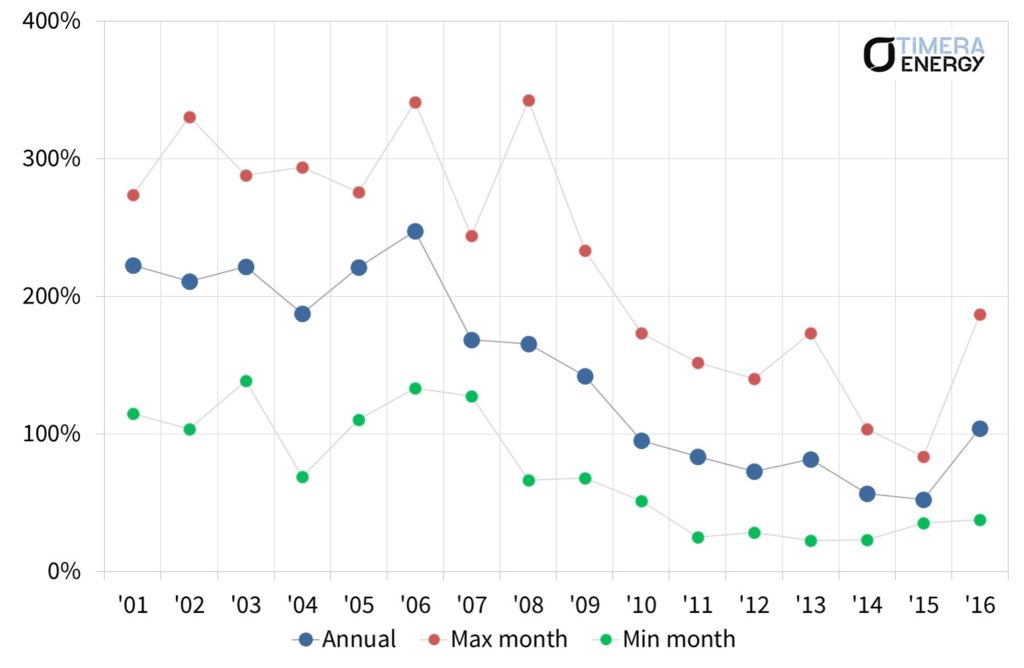 Switching sceptics may suggest that 2016 was an outlier year, a one off phenomena. We are not so sure. European coal prices remain elevated in Q1 2017. Gas hub prices recovered in Q4 2016 but downward pressure has returned in 2017 as the winter subsides, with Asian spot LNG prices re-converging with European hubs.

CCGTs have retained their advantage over coal in 2017 in the UK. The extent to which CCGTs displace coal plants on the Continent this year will come down to relative gas vs coal pricing, the barometer for European power sector switching.