Steam coming out of the LNG shipping market

With rapid growth in the trading of spot and short term LNG cargoes, fluctuations in spot shipping charter rates are having an increasingly important impact on

Steam coming out of the LNG shipping market

With rapid growth in the trading of spot and short term LNG cargoes, fluctuations in spot shipping charter rates are having an increasingly important impact on the pricing and flow of LNG.  The LNG shipping market has evolved rapidly over the last decade, driven by growth in global liquefaction capacity.  But the order and delivery of LNG vessels has been quite cyclical in nature.

Charter rates fell as low as 25,000 $/day at the depth of the financial crisis before recovering to 160,000 $/day post-Fukushima.  Spot charter rates are currently around 90,000 $/day, but a surge in delivery of new vessels in 2013 and 2014 could again tip the LNG shipping market into a period of oversupply.

The global LNG fleet consists of around 380 vessels.  The standard size for an LNG carrier has traditionally been 155,000 mcm.  However over the last 3 to 4 years the size of many delivered carriers has increased to 170,000 mcm as infrastructure has evolved to deal with larger vessels.

For the Qataris, size is everything.  They have developed their own fleet of Q-Max carriers with a capacity of 267,000 mcm.  Liquefaction terminals in Qatar are specifically designed to cater for these large carriers, with the benefit of size being lower energy requirements (~40%) given economies of scale with engine efficiency.

Historically, source to destination LNG contracts backed by dedicated shipping capacity made the forecasting of shipping capacity requirements relatively straight forward.  However over the last decade, the evolution of LNG portfolio optimisation and growth in trading of spot cargoes has resulted in shipping market dynamics becoming much more complex.

Despite this complexity, demand for LNG shipping capacity can be broken down into two main drivers:

In other words, understanding LNG trade flows as well as global LNG demand growth is important in understanding tightness in LNG shipping capacity.

The shipping of LNG is focused on moving gas from producing nations to Asia. Key shipping routes include the Middle East to Asia, Australasia and South East Asia to Northern Asia and Africa to Southern Europe as illustrated in the schematic in Diagram 1. 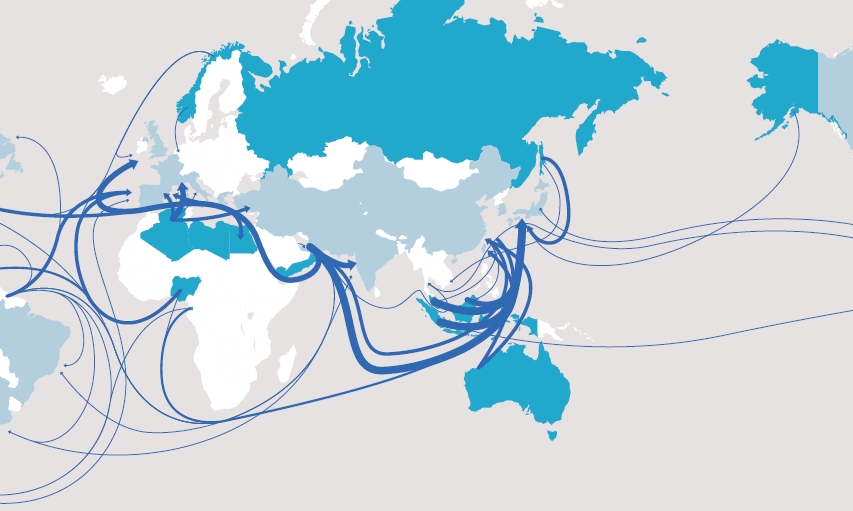 Since the Fukushima crisis, shipments to Asia have been bolstered by the diversion of gas originally intended for Europe.  This has had the effect of increasing both average voyage times and ballasted voyages, supporting the demand for LNG shipping capacity.  Diagram 2 shows 2012 LNG shipping flows by destination, with Diagram 3 illustrating how incremental flows have shifted with the diversion of European gas to Asia. 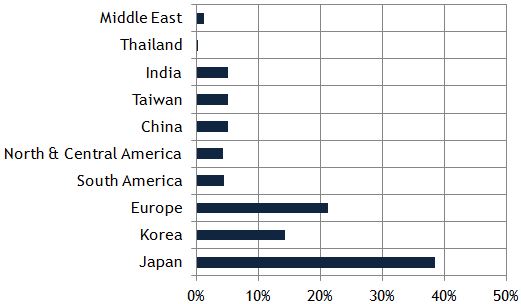 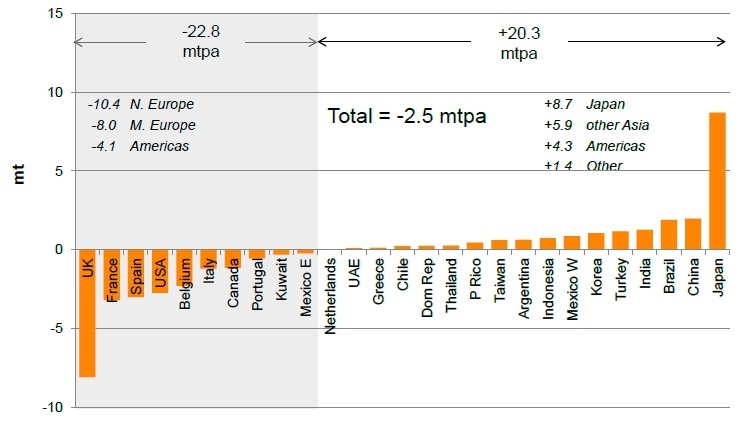 Historically, the delivery of new LNG carriers has been somewhat out of sync with LNG market demand for shipping capacity.  The primary issue is that there is typically a 2 to 3 year lead time for ship delivery.  The cyclical nature of ship delivery is illustrated in Diagram 4.

This cyclicality has resulted in some pronounced fluctuations in shipping market balance, with the impact on spot charter rates illustrated in Diagram 5. 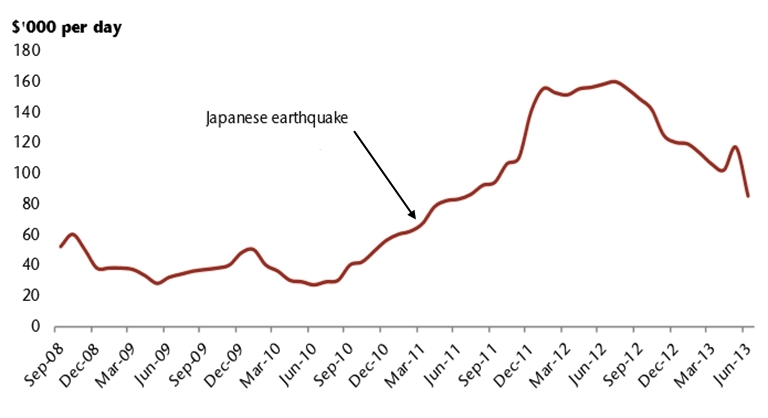 The extent to which this period of shipping oversupply extends into the second half of the decade will largely come down to:

The development of new LNG shipping capacity has the potential to send spot charter rates back towards the 2009-10 glut levels.  LNG diversion to Asia is an important factor which is currently helping to support shipping charter rates.  But beyond this it will take new liquefaction capacity to soak up the new vessels being built.  So as sparks fly in the shipyards, ship owners are likely to be praying for a continuation of robust Asian spot prices and the timely development of Australian and US export projects to contain the damage.