A Dec 2018 case study of a two market events in Germany illustrate the rising importance of wind output uncertainty on power price dynamics.

The roll out of wind and solar capacity is transforming power markets across Europe.  If you want to understand the practical impacts of high renewable penetration, Germany is a great place to start.

Renewable generation output contributed about 38% of gross German electricity consumption in 2018.  The German market is particularly interesting because renewable production is dominated by intermittent sources:

Wind and solar combined make up more than half of Germany’s 205GW of installed capacity, as well as dominating new capacity growth.

In today’s article we look at a Dec 2018 case study of swings in renewable output and their impact on German power prices.  This is an interesting ‘lab experiment’ for much bigger things to come next decade.

The behaviour of renewable intermittency

Perhaps the most important impact of rising intermittency is its effect in increasing market uncertainty.  Despite leaps forward in the ability to analyse weather data, it is difficult to predict wind & solar output tomorrow, let alone next month. The inherent uncertainty of renewable output is reshaping the risk/return profile of power assets.

These numbers can be compared to annual peak demand around 84GW (gross).

Wind output is a much greater source of uncertainty than solar.  This is because wind speeds can ebb and flow substantially over the space of just several hours.  For more details see our article on analysis of quantifying wind and solar output distributions.

But fluctuations in wind and solar output are only half the story.  What is more important from a commercial perspective is the impact of these swings on market prices and plant load factors.  That is well illustrated via a recent German market case study. 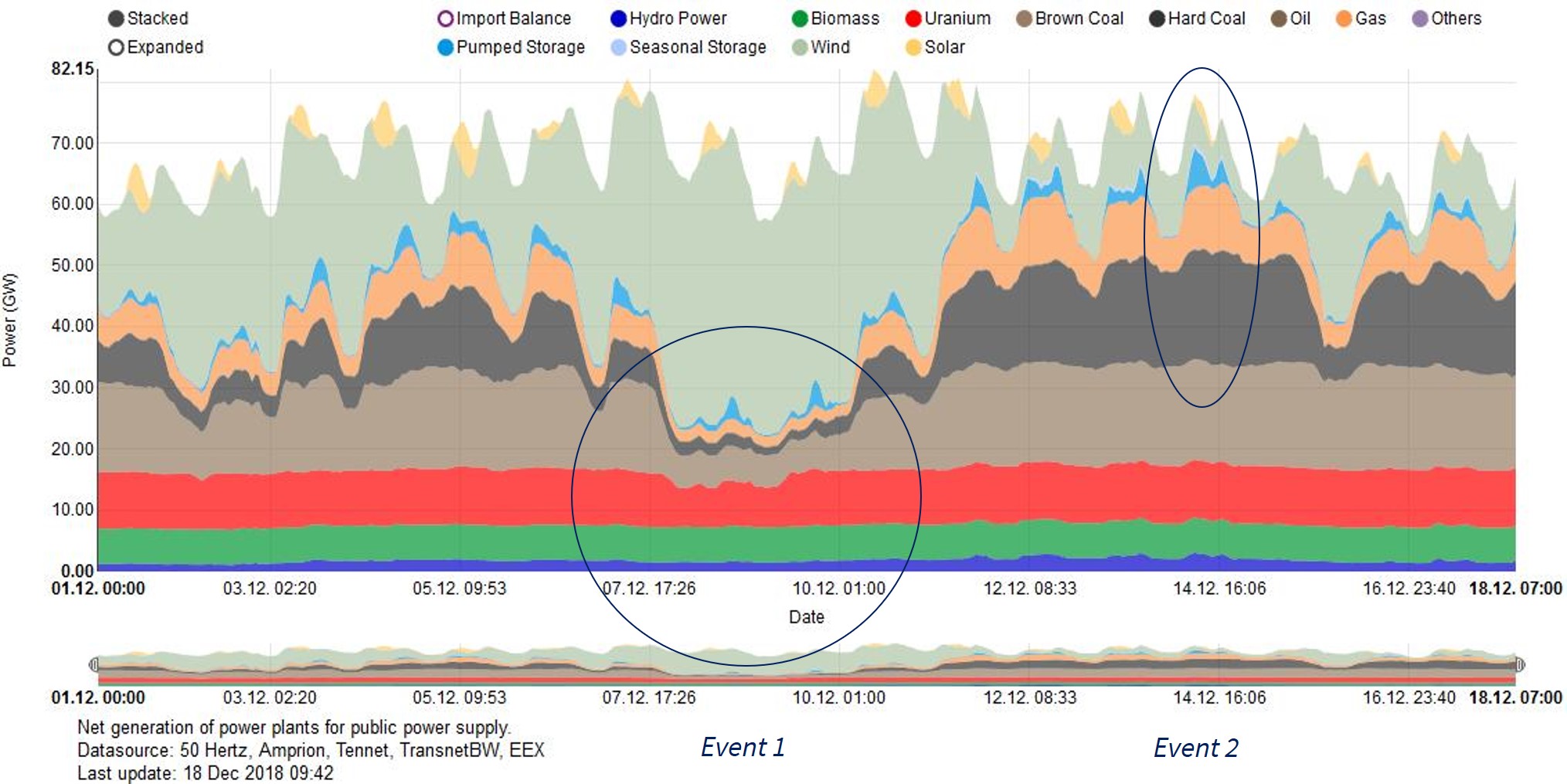 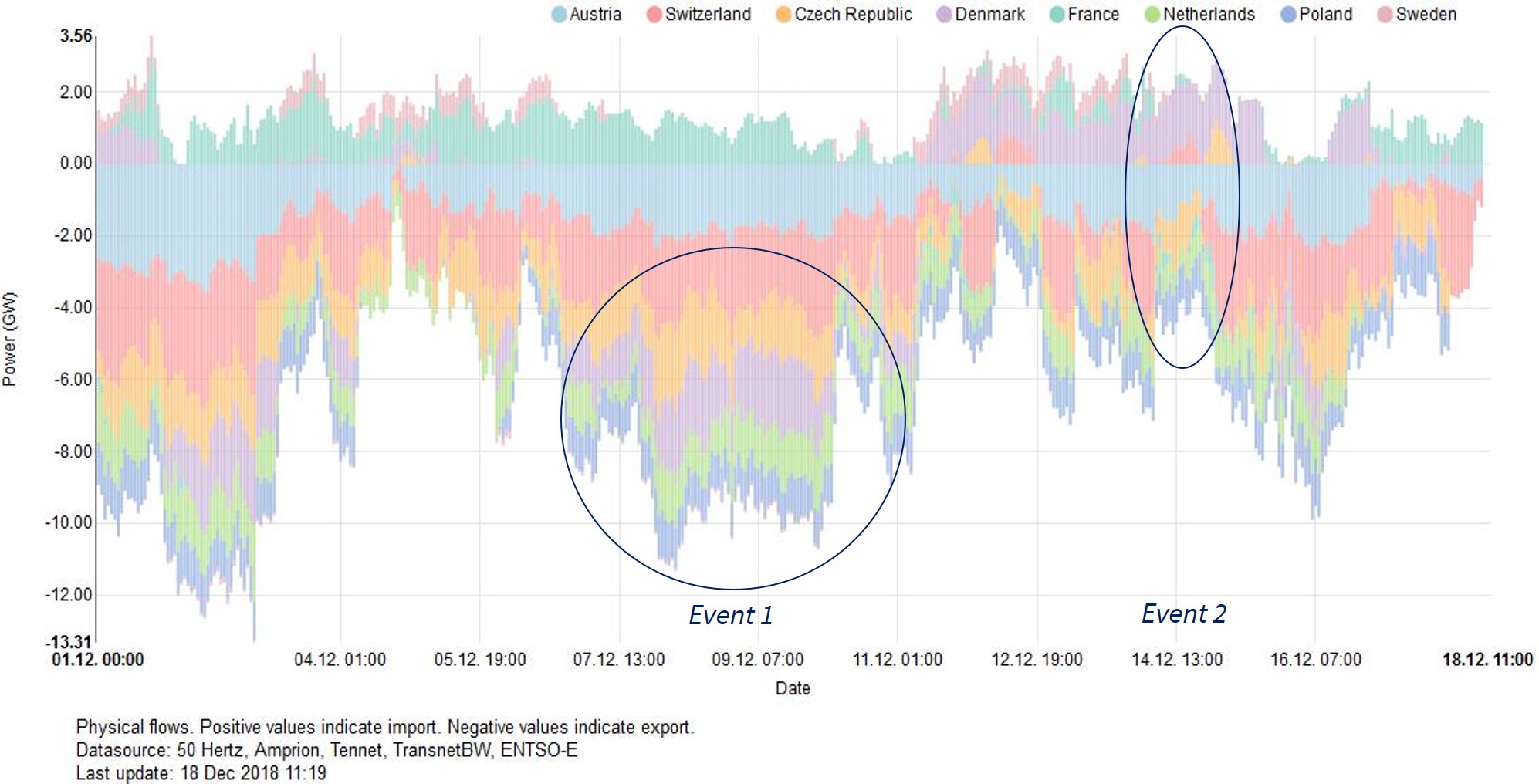 Two events across this horizon illustrate some of the practical impacts of swings in renewable output.

The 8-9th of Dec was a relatively mild weekend. As a result, system demand was lower than average.  This set up an interesting combination of events:

Several days later, on Fri 14th Dec the situation had flipped. Being a weekday, German demand was higher, but there was also a cold snap in Scandinavia that saw Sweden & Denmark pulling on German exports:

A lens into the future

Germany has set a 65% renewable target by 2030 (vs current 38%).  Whether or not it achieves this target, there are concrete steps being taken to roll out substantial volumes of wind & solar capacity in the 2020s.  Many other markets in Europe are following suit.  Events like the two described in the case study above are set to become more frequent and larger as renewable penetration increases next decade.

Understanding the impact of renewable output uncertainty on power price dynamics is one of the key commercial challenges that the energy industry faces over the next 5 years. We will return in an article shortly that looks at how renewable uncertainty can be captured in power market modelling.